8 reasons why Ireland is not England 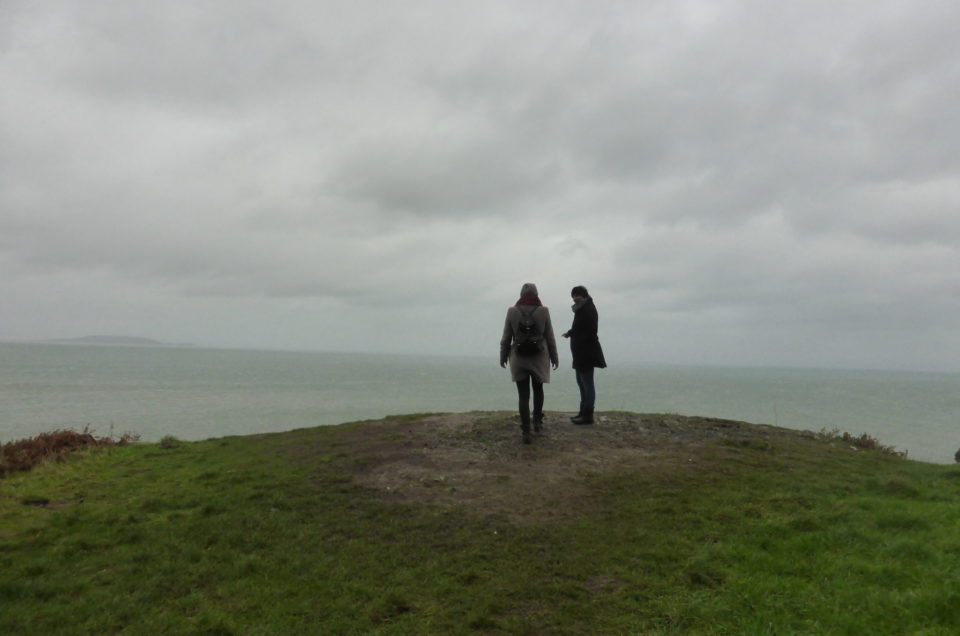 I mean, it should be quite obvious that Ireland is indeed not England because, well…it is Ireland.
But before I visited Ireland I thought it would be quite similar to the UK, and so I changed Euro into Pounds before I arrived and could directly change them again into Euro when I arrived. I call this a bad preparation.

1. They have the Euro as currency and not the pound (What an enlightening discovery)

The next thing was this Ork language everywhere in the airport that made me feel as if I took the wrong plane. Bad preparation again – in Ireland 25 per cent of the population can speak Irish or how they call it: Gaeilg. The look and the sound of the language really made me think of the Lord of the Rings, I don’t know why but if you read ‚Cead Mile Failte‘ somewhere it just makes you think of some mythical creatures. ‚Cead Mile Failte‘ means by the way ‚A hundred thousand welcomes‘ and is a formal phrase of saying ‚Hi‘ to someone. How nice is that? Or this here: „Tha mi toilichte do choinneachadh“ which means „Pleased to meet you“. Can you even spell it? I can’t 😛
The irish language is something really special. Or it is to me. If you say Hi in Gaelic it is : „Dia is Muire Dhuit“  and means literally „God and Mary with you“ and the other person responds with exceeding this and says „God and Mary and St. Patrick“ with you. Interested in Gaelic ? Klick here to find out more.

3. They invented the St. Patricks day

​​SMLXL
Ok please don’t laugh but I thought that St. Patricks day is an American invention because I have only seen the American parades in the television. But this is what travel is for – learning. So now I know that St. Patricks day is next to Christmas the highest public holiday in Ireland. In 2011 the queen of England visited as the first member of the british Royals their neighbor island. She wore a green dress and the Irish folks forgot every bad word they had said about her before. This is what our tourguide told us and I would like to believe it as it is a great story.

4. They literally fly with the wind

I never had a plane landing that bad. I hate flying anyway. But this landing, I was close to a heart attack, I swear. Taking the opportunity I would like to thank the woman who sat next to me and grabbed my arm as she saw that I was completely terrified while we landed.

By the way she looked exactly like Cate Blanchet as Galadriel in The Lord of the Rings. There was a storm warning anyway but as it is supposed to be windy all the time in Ireland it was double windy. When we went to Howth (a little village near Dublin) we could even lean against the wind- that was pretty awesome. And my friend here had his first job as Superman Junior.

5. They are a tax paradise and an tech headquarter

Facebook, Twitter, Google. These are only a few of the numerous companies which are based in Ireland. The country has a very favourable tax policy. More information here. How much taxes Apple avoids through it’s base in Ireland you can read here.
​​SMLXL

6. 1/3 of the irish population lives in Dublin

Ireland has only 4,5 million inhabitants. London has 16 million. Ireland is half as big as the UK but the number of inhabitants is still quite small.  The trends show that the population is rising…

The Guinnes Beer is linked to Ireland just as the shamrock is. One pint of Guinnes has only 198kcal. It’s a diet drink – yeahi :D. Most of the Guinnes beer is actually sold in the UK. Over ten million pints all over the world are sold each day. Check this site here for more facts.

8. Barak Obama once paid 50€ for a pint of Guinnes in Ireland

​​SLXLM
Our Tourguide told us, that when Barak Obama came to Ireland he was given a pint of Guinnes by a barkeeper. The barkepper was so nervous, that he forgot to give change when Obama handed him 50€. This must have been the most expensive Guinnes ever…
I hope you are just about to check for flights to go to Dublin !
If you want to do a free City tour, than book your tour with Sandeman’s. They offer very special and interesting tours, up to three hours long and you can chose how much you want to pay. We went with the Tourguide Conor,and he was absolutely amazing. I’d never thought that history can be so interesting.
Stay curious! Lot’s of love.C.
spencerstravelblog